The French Air Corps. Salmson 2 A2 was the primary French recon and Observation aircraft used in late World War I. When The United States entered The War in 1917, it had very few Military Aircraft. The Salmson was chosen as it's primary Recon and later adaptive Fighter when fighting in the skies over France, Belgium and Germany. Reliable and robust, The 2 A2 was also one of the most produced by France, numbering over 3,000 Production Models.

Four Variations were developed (with 1 being converted into Civilian usage briefly after The War). The Salmson was marketed to not only The United states but to over (7) other Nations (many using The 2 A2 as the first Fighter and Recon aircraft of their fledgling Air Services). Crewed by (2), The 2 A2 was 30-feet in length, with a Bi-Wing of 40-feet. Powere was provided by a 9Za Salmson 9-cylinder Engine that produced 230-HP. Airspeed was rated to 117-mph with an Operational Ceiling of close to 21,000-feet. Armament provided was (3) .303 Machine Guns. 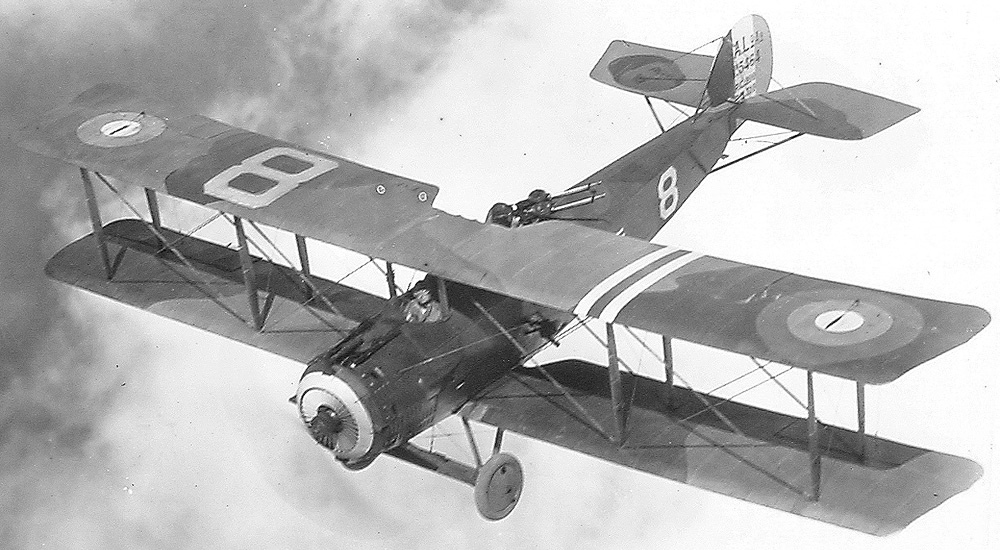