An early French designed Reconnaissance Plane in 1913. Considered one of the most successful Warplanes deployed. They were used in great numbers by France and her Allies. Over 1,500 were produced. The G3 was 21 feet long with a 24 foot wingspan, and was capable of an airspeed of 70 mph. It could reach an operational ceiling of 14,000 feet. Unarmed, The G3 was also pressed into Pilot Flight training. Even with the advent of better aircraft, The G3 was used throughout The War. 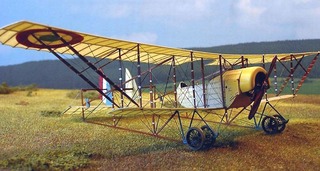