Flag of The US Secretary of Defense

Originally created by Act of Congress in 1789, The Office of The Secretary of Defense (US) is seen as the 6th in Line of Succession to The American Presidency – should a vacancy occur as a result of death or War, without a suitable replacement. Originally known as The Secretary of War (US War Department), The Secretary Office was renamed in 1892. It is comparable to The Minister of Defense in other Nations. The Secretary is part of The Chain of Command of The US Armed Forces and His Authority is second only to The US President with regards to it's Military. The Position is not elected, but appointed by the serving US President - with Congressional approval.

The Personal Flag of Office (again created with several variations), was created in 1892. It featured a Blue Field in entirety. Each Canton (Upper Quadrant) of The Flag features a single White, 5-Pointed Star. These symbolizes the traditional Branches of US Armed Forces (Army, Navy, Air Force and Marines). These were added in the 1950s. Centered, is The US Eagle in full color, clutching the Arrows of War (long the symbol of The former US War Department). 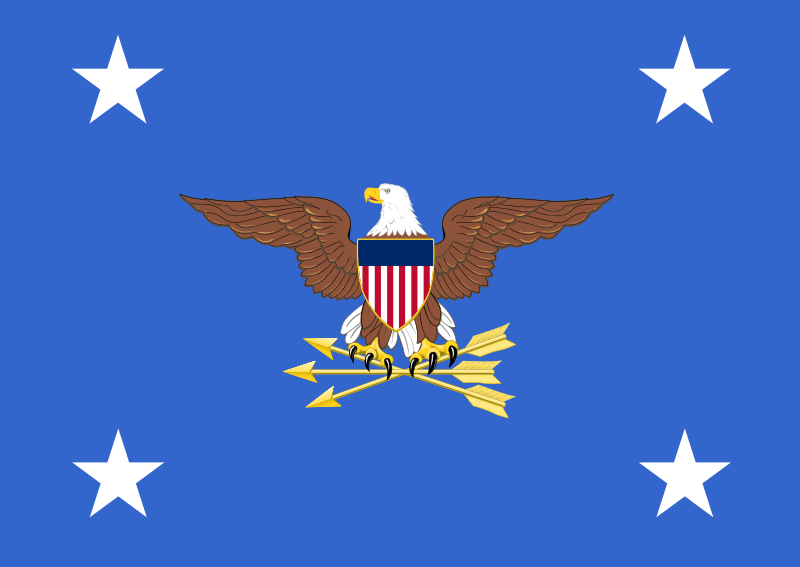