Flag of The Army of The Republic of South Vietnam

The Service Flag, associated with The Army – was a Red Field in entirety. Centered was a Gold Eagle which supported a Shield bearing The Flag of South Vietnam. Each of the (4) Cantons of The Flag bore a Golden Wreath. Two Bannerolls bore the following: On The Top (in Vietnamese), was the phrase ''VIETNAM ARMY'' with the Bottom reading ''DECISIVENESS IN BATTLE''. 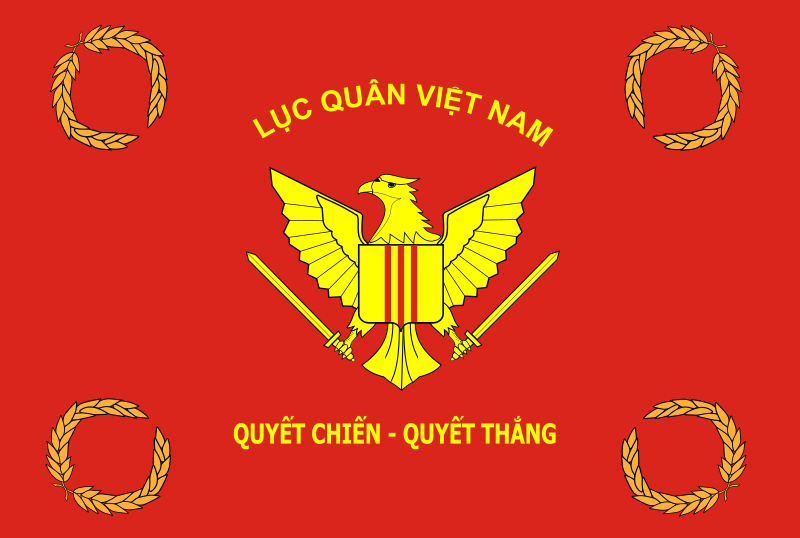