A Political Movement in England of the 1830s to 1850s, ''Chartism'' was a form of ''Male'' perceived suffrage, brought about by The Industrial Revolution. Common Class (Labor) Males were often seen as ''less'' by Upper Class Citizens – who were the Lawmakers, Business Owners and alike. Most concession made were to increase their ''profit'' (wealth), at the expense of (at times) the very health and well being of the ''Working Class''. This Labor Class made up of roughly 80% of The United Kingdoms export and import of goods and services. Cuts in non-regulated pay and other benefits became so profound, that makeshift ''Unions'' were formed. Industrial Class Workers would elect Representatives to draft Charters which outlined their demands and concerns. Hence the identification of such followers as ''Chartists''.

Much as Manchester's ''Peterloo Massacre'', Chartist Groups would assemble in major Cities to voice their displeasure with The British Government (both Royalty and Civil Government – Parliament). Often, these ''gatherings'' led to riots (such as Newport, Wales – 1839). These riots brought about nothing but heavy handed control tactics by both local Police and Government Troops). Unable to match this, most Chartists turned to Work Strikes, Stoppages and even deliberate sabotage to achieve their ends.

Various attempts to present Charters through Parliament were met with only lukewarm advancements, which did little to maintain a fixed wage or lessen the hours worked by The Labor Class. By the late 1840s, most Chartists had given up (with Religious Leaders using their influence to tamp down dissent). However, the basic foundation for the current British Labor Party was laid by their direct ''ancestors''  - The Chartists. 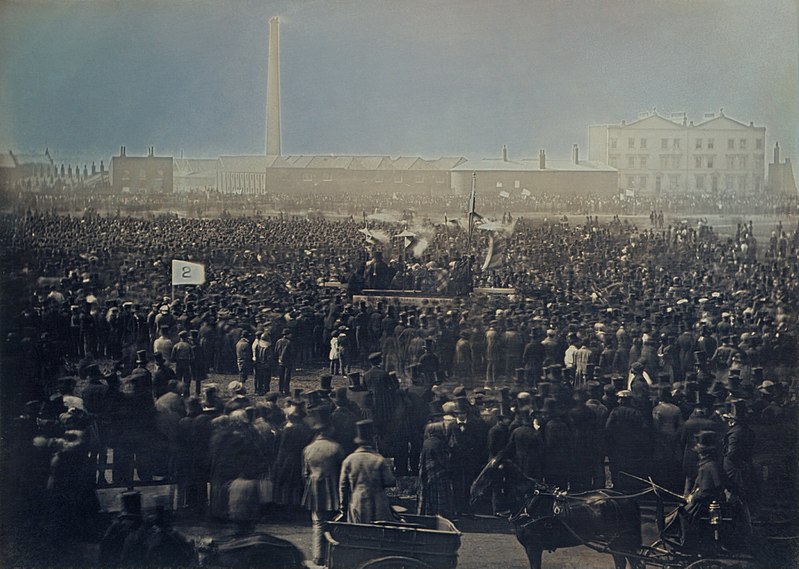