The ''Female'' off-shoot of The Colonial American Political Group known as The ''Sons of Liberty'' – The ''Daughters of Liberty'' were too formed in 1765. And while not as ''physically violent'' as their Male counterparts, were just as effective against what was perceived as ''British Tyranny''. It was The Daughters who initiated the primary boycott against the purchase and use of British Tea (then seen as a major import). With purchasers, The Daughters initiated a ''substitute'' known as ''Liberty Tea''. This was made from Black Tea extracts and raspberries. During The War of Independence from Britain, The Daughters served as Nurses to the wounded, made and repaired Uniforms and helped cast lead bullets for ammunition. They made ''Salt Peter'' (a common name applied to the formulation used to make Gunpowder), for The Continental Army. After The War, The Daughters became a Patriot Group so honoring not only their former Members, but the memory of those Soldiers who died in The War. 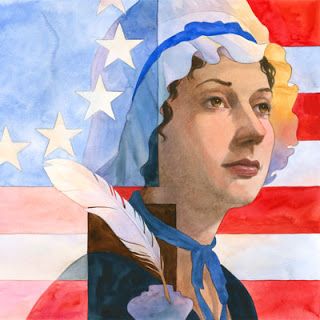