Seen as a form of Military Conscription – The Chinese Fubing System, existed from the 6th Century AD until the 8th Century AD. The Tang Dynasty was among the last to use Fubing. In brief, The Fubing would be akin to Europe's Reserve and Militia System. Many Emperors did not maintain large Standing Armies. Typically, ''professional soldiers'' of this Formation rarely ranged in numbers above 6,000 Men. These Forces were used mostly for the general protection of The Imperial Capital and The Emperor. In times of War, these Forces were far too stretched to maintain an effective Border or Attack Force.

To counter thus, The Fubing System was created. The System required every ''able bodied Man between the ages of 21 to 60'' was expected to register for – and serve in, a Conscripted Force. Arranged in Formations (Companies), each was expected to ''rotate'' to The Imperial Capital or Border on a 6-month basis. The farther away a Unit was, the more it was paid. Officers were selected and responsible for training and equipping His Unit. Soldiers were ''paid'' in land (seen as more of a valuable commodity). They could farm and harvest food, not only for themselves, but a percentage was set aside for The Army. Whatever left could be sold for profit. Depending on the quality of the land, several ''Soldier Families'' could make a tidy profit. The Fubing System was only used during Wartime. In Peace, the Standing Imperial Army was tasked with overall protection. In these cases, Militia (now Farmers), were expected to provide a portion of harvest to The Empire.

Equipment greatly varied. Some Fubing Militia were, at best – ''Melee Troops'' with Spear and Shield. Others were Archers. Very few were Cavalry (which was seen as a Branch of Nobility. Some had light Armor or Mail – while others, simple Gambeson-type of ''Cloth Armor''. 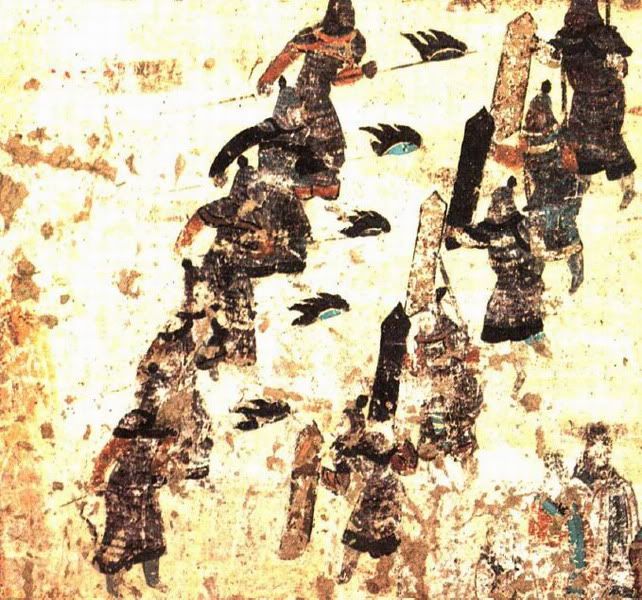