The Dongfeng 1 (SS-1) was the first deployed intercontinental ballistic missile produced by The Peoples Republic of China, in the 1950s. Much of their development was assisted in part by The Soviet Union, by virtue of mutual treaty (and not inasmuch as shared ideologies).

The Dongfeng 1 was the first in an evolving nuclear ballistic weapons program that still exists today – with The Dongfeng 41 Class of Missile.

The original Model was roughly 125-feet in length with a 3-foot diameter. Weighing over 1,200-tons, The SS-1 supported a Nuclear payload (warhead) of 12 to 20 Kilotons. Liquid fueled (at the time), it was considered an intermediate range weapon capable of striking targets at a range of 1,300-miles.

By the mid-1960s, advances in Chinese nuclear capabilities and delivery platforms retired the SS-1. 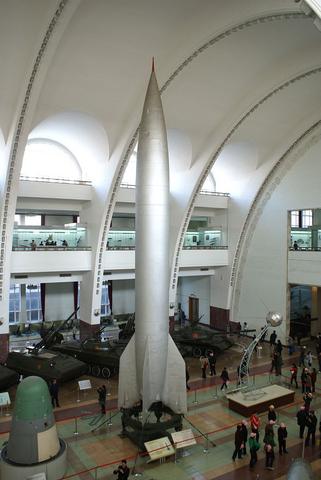