During The French Revolution of the 1790s – a ''Certificate of Civism'' was an accepted document of ''Citizenship'', adopted by the anti-Monarchy and anti-Religious Government of France. Such a document was required of any Citizen. It established that such a French Citizen was in line with Political and Religious Doxology. It was required to be shown to any French Government authority, and was also required for Employment. The absence of such, could lead to imprisonment and even execution as a ''Radical''. The need for The Certificate of Civism was abolished in 1795. 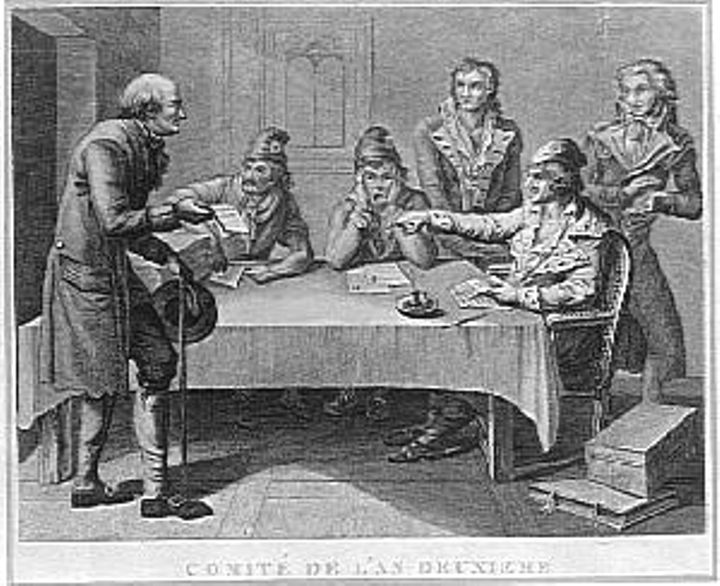