Touted as the first ''Mechanized'' Combat Vehicle Formation of World War I, The Canadian Automobile Machine Gun Brigade was formed in Ottawa, Canada in 1914 – for service in Europe during the early years of World War I. The Brigade mustered in 130 Officers and Men to support (2) Armored Car Vehicles and related ''reinforced'' Trucks. The Brigade also supported a detachment of ''Bicycle Infantry'' and Motorcycles. The primary Mission of The Brigade was for ''reconnaissance in force'', seen even more effective than traditional Cavalry, due to the use of ''armored'' vehicles.

The Brigade saw continuous Service from 1914 to 1918. In their last year of War Service, they were renamed The 1st Canadian Motor Machine Gun Brigade, with the addition of Mortars (mounted on Vehicle Caissons or Lorries). The Unit would serve as a Model for future Nations forming Mechanized Infantry and Vehicle Support Companies, seen in wide use by most Armies in World War II and thereafter. 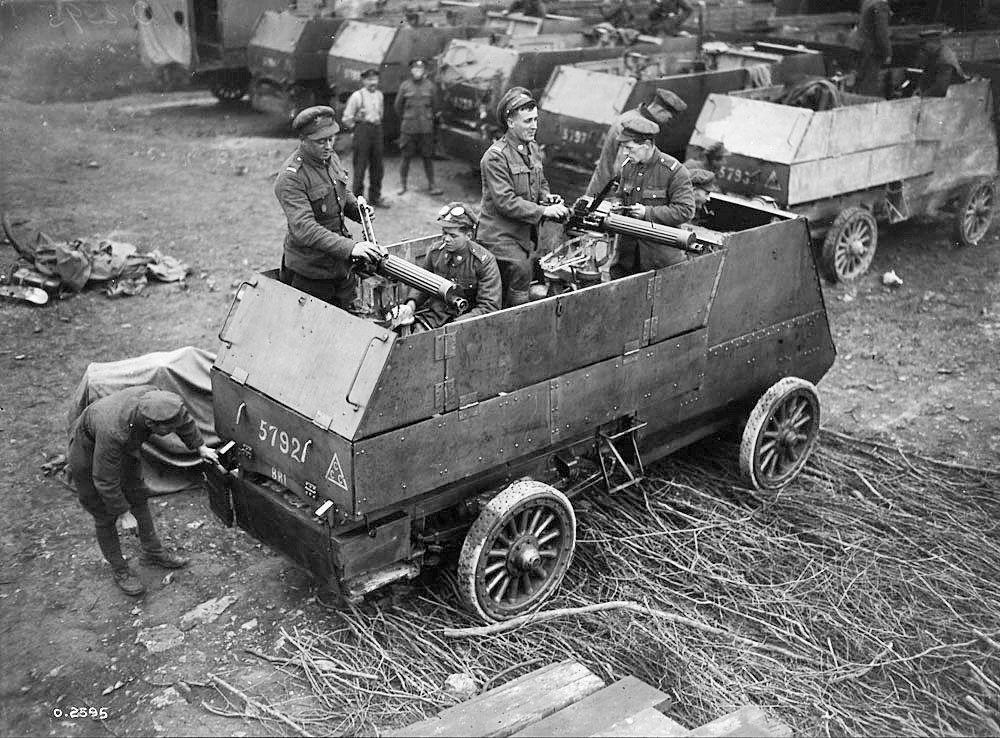