In this practice, to “Caboss” was meant to cut off the head of a Heraldry Beast in a specific way. The head was shown separated cleanly with the majority of the animal's neck visible. In a later form, “neatness” was NOT and issue and many Cabossed “animals” had Erasure applied (for realism). A feature of Cabossing was that the dismembered “head” was always facing toward the viewer (full faced). It is said to symbolize accomplishing a difficult task. In much later terminology, to “Caboss” someone meant to “kill them” (in the slang). 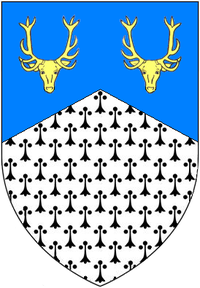