Another of The Byzantine Imperial Guard Regiments, The Paramonai was formed in the 12th Century AD. They were possibly ''Lower Guardsmen'' who may not have had access to The Emperor, but were tasked with the protection of his Family. They may also have been used to guard/protect Diplomatic Envoys when in Constantinople. Also described as ''able fighters'', The Paramonai were known to be adept with Swords and hand held bladed weapons. All Guardsmen carried at least (2) Swords. They primary requirement for recruitment was that no foreign born or captured persons could be a Member.

They were clad in Plate Armor and Helmet, as was the standard military dress form most Byzantine Soldiers. They existed as a fighting Unit as well, mentioned in the 15th Century as defenders of Constantinople before it's fall to The Ottoman Empire. 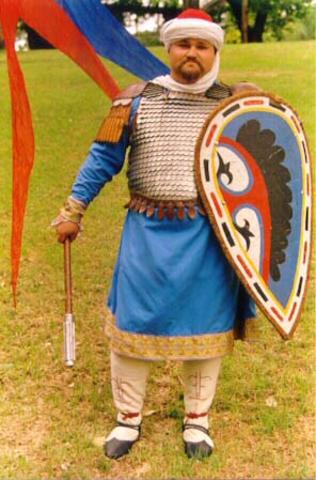