One of the most produced of British Fighter Aircraft in World War II, The Supermarine manufactured "Spitfire" Interceptor, was first produced in 1938 (based on design ideas as early as 1931).  A Single seater Fighter, The "Spitfire" had a V12 Supercharged Engine, capable of producing speeds of 370-mph. It was also considered a "short range" Fighter able to range up to 470-miles. Designed on an all metal Airframe, it's extra wide wings were integral at maintaining a high level of combat maneuverability, at 37-feet long. The "Spitfire" was close to 40-feet in length.

Of the 4 Versions made during The War, the standard first version Fighter featured (8) .303 Browning Machine Guns. Other versions were designed for strictly Cannon arrangements. On this configuration, 20mm Wing Cannon were preferred. The Operational Ceiling for The "Spitfire", was 37,000-feet. The "Spitfire" is best known as the primary opponent of Germany's Messerschmitt Bf 109 Fighter during The Battle of Britain  (1940). The last "Spitfire" Fighter was retired in 1961. 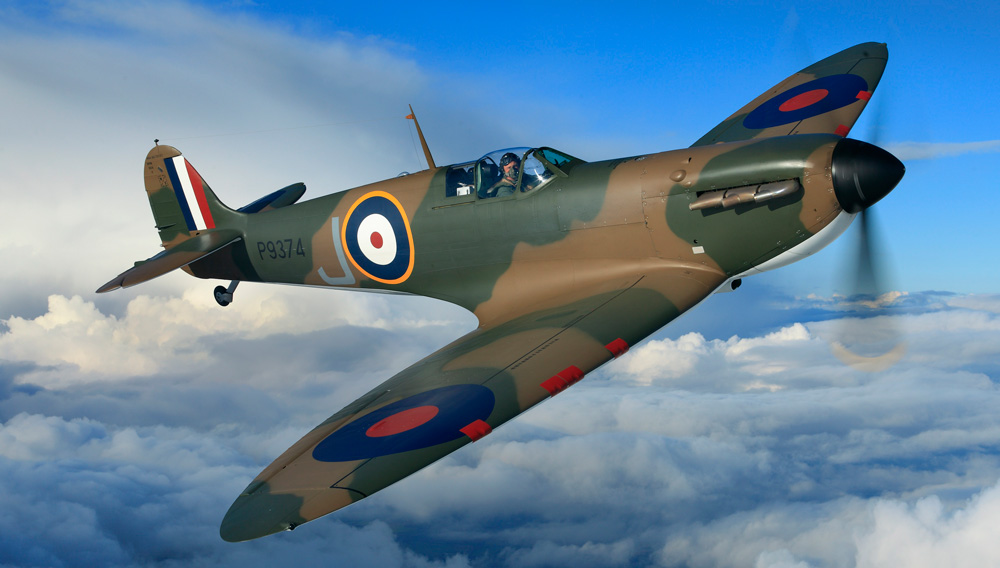