The ''Operational Requirement F.55'' was a British Cold War Era document released in 1955. The purpose of F.55 was to outline specific needs for all future British Fighter Jets. These needs were designed to counter probable Limited Soviet Nuclear Strikes from Bombers and Fighters which may invade English Airspace. The primary goal to possible aircraft builders was to design larger than normal Interceptors, capable of Radar evasion, having the ability to engage and destroy Enemy Aircraft and finally to survive in radiation enriched environments. Another need, was that future British Interceptors be able to support much larger Air to Air Missiles (seen as needed in eliminating Enemy Bombers). However, by the early 1960s, The Soviet Union developed and deployed effective Medium Range Ballistic Missiles which removed the need for Nuclear Bombers to invade long range Airspace. As such, although several Interceptor Models were designed and even developed, many of these did not reach full productions. Operational Requirement F.55 was abandoned in 1962. 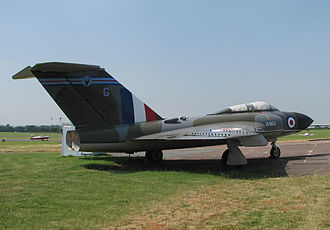