Created by King Edward III, they were known as “The Poor Knights”. Basically, these were Nobility who had fallen on “hard times” (mostly having lost their fortunes through years of War and service). Edward provided them lodging at Windsor Castle. Disbanded and later renewed by King Henry VIII, The Order was “paid” a salary for providing various services around the Castle. Most importantly, The Order had to “represent” the “prestigious” Order of The Garter at any Religious Functions that they could not attend. Still in existence, The Order does not have an insignia, but is identified by it's 19th Century Scarlet uniform and White Crossbelt. The addition of a “Cocked Hat” was a tradition used to identified “unattached or half-pay” Officers in The British Army. 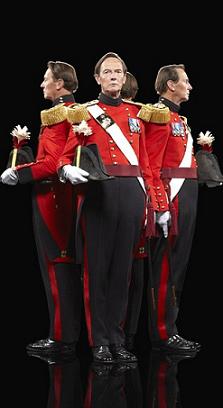