During The French Revolutionary Wars of the late 18th and early 19th Centuries, The British Royal Navy commissioned many Private Vessels into their Service. Used to harass The French Navy, many of these "Legal Pirates" or "Privateers", were responsible for hundreds of tons of captured Ships and Goods. One such Vessel, The "Telemachus" was one such Cutter-Class of Fighter. Serving with The Royal Navy from 1795 until 1801, The "Telemachus" was fast and agile. She displaced 128-tons and carried  (14) 4-pounds Cannon. Officially known as "His Majesty's Armed Cutter", she was responsible for taking 8 French Privateers and 10 Merchant Ships. Crewed by 40, The "Telemachus" assisted The Royal Navy in several key Naval engagements against the French. In 1801, she "returned" her White War Ensign and continued with her Civilian activities. After 1804, her fate is unknown. 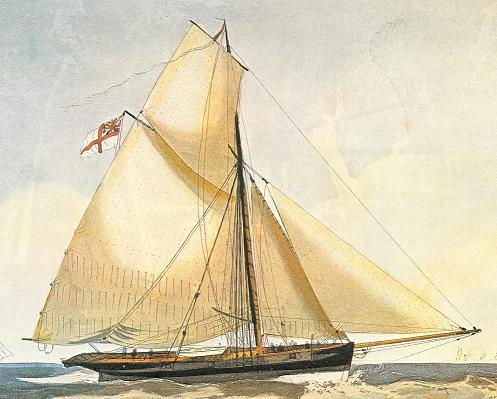