The British Clausen Rolling Platform was a Cold War Era Missile Testing system, used in the 1950s – in Wales. The Weapons system was located on a plateau range which was dug out to simulate a water service. The Platform was anchor as such to simulate (with water), the effects of various Missile launches – as what might occur on an actual Royal Naval Ship.

In addition to a Weapons Platform, various Radar Systems were attached to The Program (and Platform) to test as well (under the above circumstances). The testing proved very effective in determining actual ''battlefield conditions'' of Britain's current and prior Missile Prototypes. The Clausen would remain in use until 2004, when it was finally decommissioned for use. All Military hardware was removed, but the concrete ''pool'' was left in place. 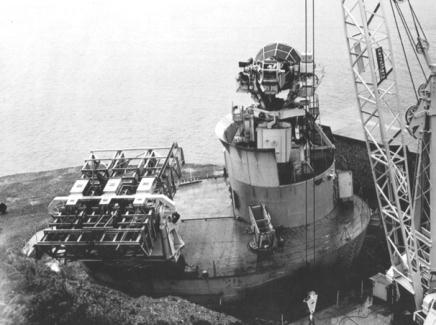