Britain's ''Strikemaster'' Fighter Jet was used as both a Jet Trainer and Light Attack Fighter first deployed in 1967. The popular Jet would remain in service with The Royal Air Force until 1984. Designed for close ground support and it's ability to land and take off from ''rough'' landing strips (terrain), The BAC 167 saw no active combat operations with The RAF, but exported versions to Saudi Arabia did (1976). 145 Models were produced. Crewed by (2), The ''Strikemaster'' was 34-feet in length with a wingspan of 37-feet. Powered by a single Rolls-Royce Viper Turbojet, they produced over 3,000-IBF of Thrust and achieved close to 500-mph. Operational ceiling was rated at 40,000-feet. Armament included Twin 7.62mm Guns with the capability to support 4,000-lbs. of munitions or rocket deployed packages. 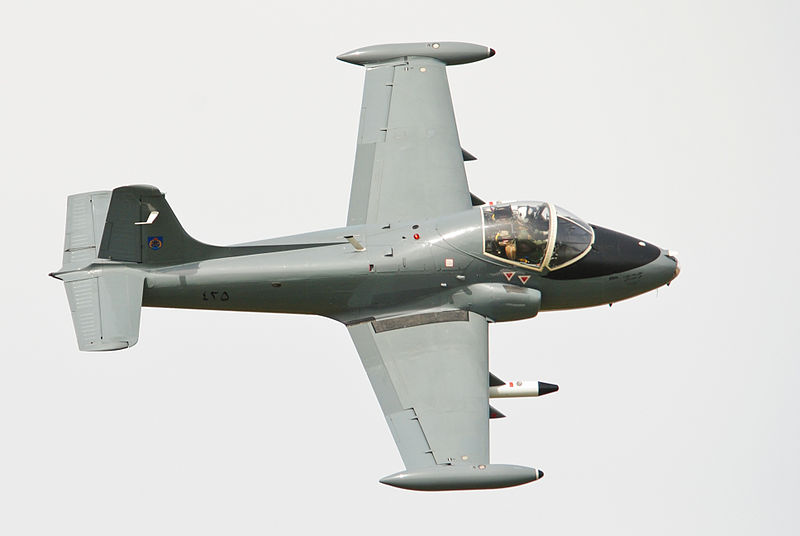