The British Avro-Anson was a multi-purpose Aircraft designed for use during World War II by The Royal Air Force. First developed in 1935, The Avro-Anson saw service as a Medium Bomber, Fighter and eventual Training Aircraft. An effective Aircraft, The Royal Navy also used The Avro-Anson as well as many Commonwealth Countries. The Avro-Anson Classification of Aircraft was recorded as being very effective as a Coastal Defense Fighter Recon Plane, with several credited with sinking German U-Boat Submarines and successfully engaging German Fighters (Messerschmitt).

Over 22 variants were produced during it’s rather long operational life, with a version even being adopted into brief US Military usage. The last Military application of The Avro-Anson was in 1968. Many were converted into Civilian use as small passenger and cargo use. (1) Flying version is still known to exist, completely restored to it’s World War II appearance. Many others are on static display. The Avro-Anson was crewed by (4). They were 44-feet in length with a wingspan of nearly 60-feet.

The Aircraft was powered by twin Armstrong Radial Engines, with the capability to achieve 188-mph. The operational ceiling was 20,000-feet. Principle armament for The Anson was (1) .303 Caliber Machine Gun mounted in the Front of the Aircraft with an additional .303 Caliber Machine Gun mounted in the Dorsal. The Anson was capable of supporting up to 350-lbs. of Ordnance. 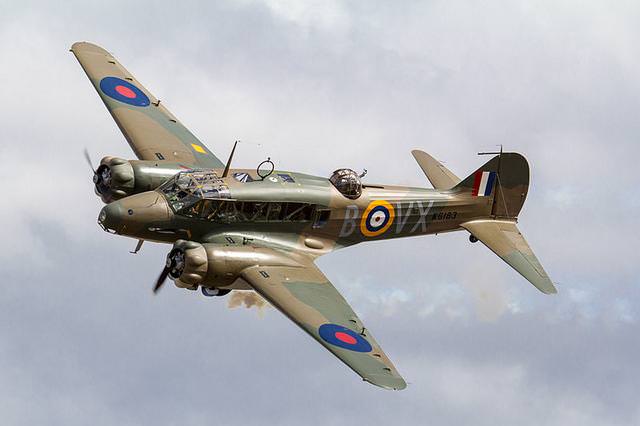