Originally developed for exploiting border devised by Germany and called The ''Siegfried Line'', The British A-39 ''Tortoise'' Heavy Tank was seen as a possible solution. The A-39 was the combination of several British Tanks (then in service, as of 1940). (6) prototypes were produced in 1944. Heavy at 80-tons, the course of World War II was cemented as a ''victory'' to The Allies with their need being canceled. While some thought was given to re-starting The ''Tortoise'' Program in the early years of The Cold War (1950s), it wasn't. (3) of the original prototypes still exist in various states, with only one totally complete Model on display at The Tank Museum in West England.

In addition to it's massive 80-ton weight, The A-39 was 33-feet long with a width of 14-feet. Crewed by (7), The A-39 used a 12-cylinder Rolls Royce Meteor Gas Engine (capable of 650-HP). Duel steel treads providing mobility, Armor plating ranged from 2 to 5-inches throughout. The ''Tortoise'' could achieve only 12-mph with only an Operational Mission range of 88-miles. Primary armament was a Single 94mm Main Gun (with a 5,000-yard range). It was supported by (3) 7.62mm Besa Machine Guns. 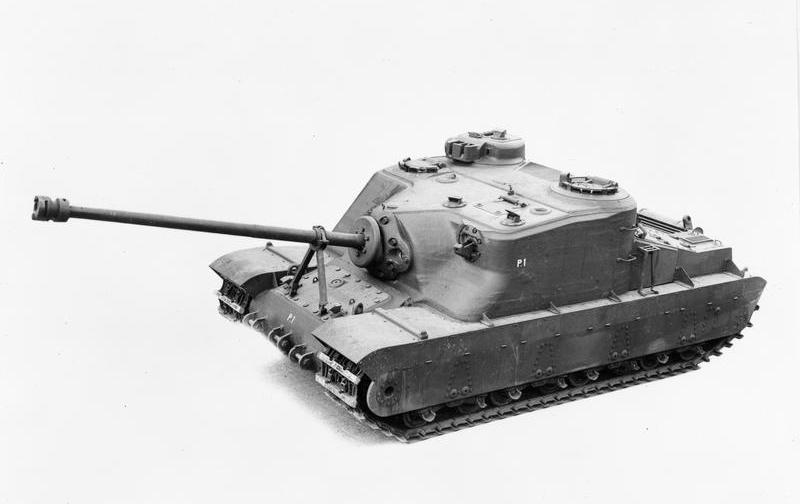