Seen in the 19th Century, Barbettes were armor circular mounts for cannon and artillery batteries. Similar to a Parapet or Turret, Barbettes in naval terms, did not afford the traditional protection of a land based version. Seen incorporated into the early Ironclad warships, they were designed to allow the gun to turn in 180 to 360 degree radius. The obvious disadvantage was that on a Ship, it was nect to impossible to achieve a full turning radius. Although armor plating was incorporated as a form of “Gunner's Hide”, Barbettes were better suited to lad based Coastal defense systems. The Barbette system would continue in some forms with anti-aircraft batteries seen much latter in military technology. 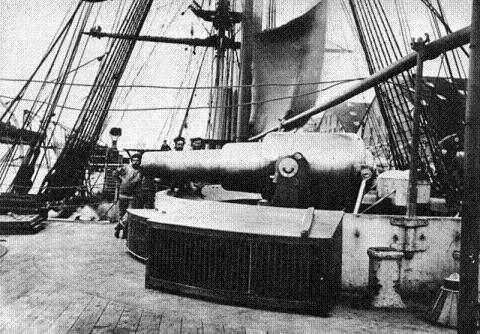