Also known as The Order of Maria Theresa, it was an Austro-Hungarian Award created by Empress Maria Theresa in 1757. The Award was limited to Military Officers who had distinguished themselves by a “courageous act in which they defeated an Enemy”. The Award was once the highest award given by The Austrian Army. Awarded up to World War I (officially) and briefly adopted by Germany in early World War II, The Award featured a cloth ribbon of Red and White (Austrian National Colors). The Medal Version (more common in the 19th and 20th Centuries), was a White Maltese Cross, with a Green bordered, Silver Crest of Imperial Austria. The Chivalric “Dress” Version (which was a pinned Waist Coat version), was more elaborate in design. Made of Silver, The initial design remained. The last Awarded Order was for action in World War I. 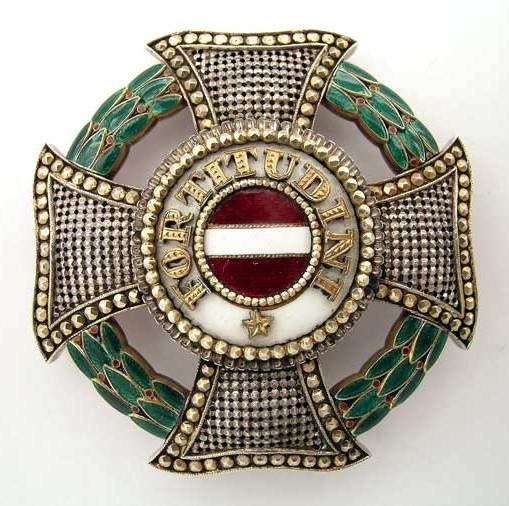