Raised in support of King Charles I during The English Civil War – Sir Arthur Aston's Regiment of Horse was mustered into service in Northern England in 1642. Somewhat ''small'' by comparison with other Regiments of The Era, Aston's Regiment numbered 160 Officers and Men. They fought in several Major battles and many skirmishes. The Regiment was mangled by Parliamentarian Forces at The Siege of Drogheda in 1645. Their Regimental Flag bore little of their Royalist Loyalist support. The Banner was Squared and featured a Black Field. In the Upper Left Canton (unsupported), was a White Christian Cross. A White and Black Border was placed around the perimeter (with none present at The Hoist). 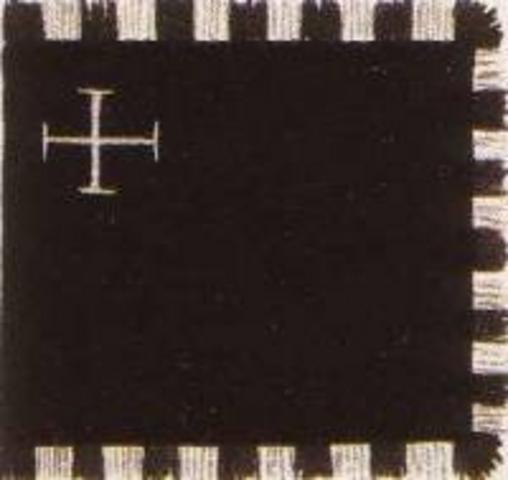