Formed in 1775, The 2nd New Hampshire Regiment was an Infantry Unit raised to fight in The American War of Independence from Great Britain. While raised in New Hampshire, several Townships from Maine also sent Volunteers. It was identified as The 8th Continental Army, officially. It fought in The Canadian Expedition (1776) as well as (7) other major Revolutionary war Battles. The 2nd was present at The Siege of Yorktown (Virginia) and the surrender of British General Lord Conrwallis' Army. A claim to fame for The 2nd New Hampshire, was that it was once commanded by Nathan Hale (who would go on to be captured by The British and hung as a Spy). The Regiment's Colors were a Light Blue Field in entirety, with The Seal of The Colony of New Hampshire centered. In the Upper Left Canton was featured The British National or King's Colors. No Phrasing or Unit Identifiers were imprinted. 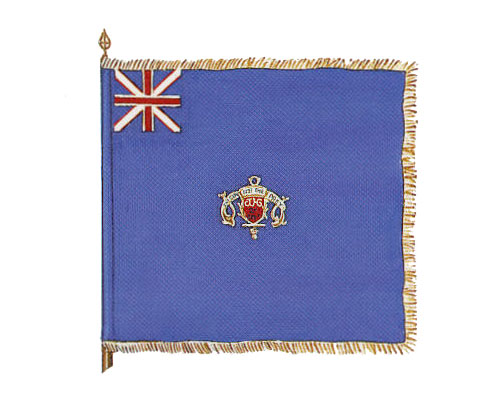