Admonition To The Nobility

The Treatsie known as ''The Admonition To The Nobility of The People of England and Ireland'' was a scandalous document written in 1588 by English Cardinal William Allen. To be circulated after Spain's ''successful'' invasion of England by the Naval action of The Spanish Armada, The Treatsie was a direct ''attack'' on The Reign of Queen Elizabeth I. Aimed at her ''Catholic'' Subjects, it outlined The Queen's ''questioned'' lineage and claim to the Crown. Further, it addressed The Queen's ''cruelty'' towards Her Catholic Countrymen. In reality, Elizabeth I was far more amicable to them than Her Father (Henry VIII) was. She allowed the practicing of Catholicism (in private). As such, while her Subjects had other regresses, they still admired their Queen – and saw any impending War from The Catholic Kings of Wurope as political and not Religiously motivated. With the failure of The Spanish Armada to precipitate invasion, Allen quickly destroyed most of His copies (save a few captured by Anglican Spies) – in an effort to spare ''His neck from The Executioners Axe''. The effort did not work, and Allen had no choice but to escape England for Italy. The Treatsie – if anything, would served to push Elizabeth to become much more harsh towards Catholicism in England, and would help spur the later persecutions of Catholic Practitioners. 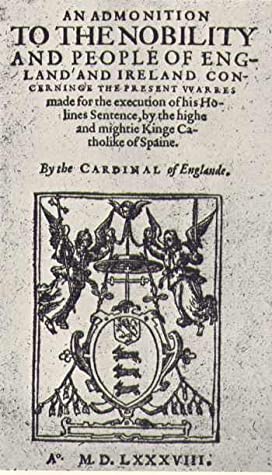