American Columbia Studios was a major foundation for 1950s Drive-In Schlock Horror and Scir-Fi Movies. 1957s ''Zombies of Mora Tau'' as one of them. Poorly acted (or overacted), took a plausible Horror Story and rushed to produced a laughable flop. Despite this, a small Cult following, especially for Fans of VERY ‘’B’’-Movies - did develop. The Plot deals with a Ship of Smugglers who – 60 years hence, stole diamonds from a Native Tribe off The African Coast. Both The Ship and Crew vanish beneath the waves and set up a long running legend of Millions of USD in diamonds just laying on the bottom of The Sea. Enter a new Crew of ‘’Adventure Seekers’’ who soon not only find the sunken ship, but that The Crew (long dead), are now Zombies – cursed to ensure ‘’Their’’ Diamonds remain. A total lack of make-up and shambling ‘’Zombie Walks’’ (mostly from the water onto land) is the primary ‘’gag’’ used in this movie. Only when the priceless diamonds are destroyed (else everybody on The Isle of Mora Tau dies), do The Zombie Crew vanish – presumably now free of Their curse. Only if you are a Fan of early Zombie Films – should you watch (and try NOT to laugh!) 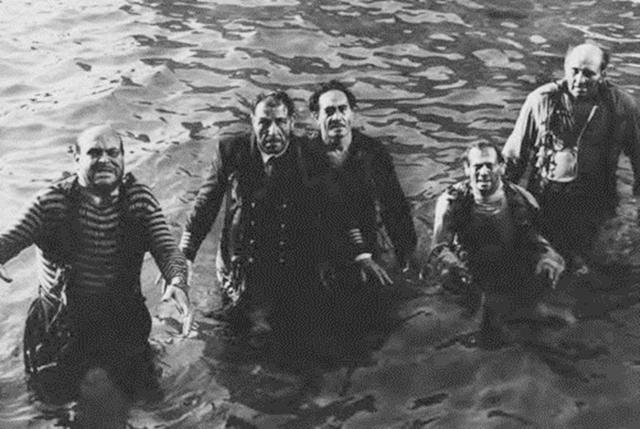