''UFO Attack During The Korean War?''

The Korean War of 1950-1953 is noted for many things. Not many know that – in addition to North Korean and Chinese Army Forces, NATO Forces also ''fought'' Alien Visitors in a ''pitched'' battle in May of 1951. The story centers around a US Army Infantry Battalion of the 2nd US Division and a UFO. The Battalion was patrolling 60-miles North of Seoul (South Korea), near The Village of Chorwon. It was night time and cold. A Patrol of some 15 Men were in a stand of woods near The Village, when they were ''enveloped'' in ''Light'' from several ''Discs and Orbs'' flying above them. Described as ''White, Red and Orange'' in color – the ''Lights'' descended to a height of 50-feet and began to ''buzz'' the Troops. Knowing they were ''under attack'', The Patrol took defensive positions as best they could – and began to fire their hand-held weapons. It was speculated that as much as 300-rounds of various ammunition was fired at the Objects. One survivor of the attack stated that He could ''hear bullets – dinging – off The Objects''.

Withing minutes of the ''firefight'' – The Objects supposedly ''returned fire''. A series of ''Rays or Beams'' of light were ''fired'' at The US Forces. The Troops stated later that they fell to the ground when ''hit'' feeling ''very sick''. Later, when examined by US Army Doctors – all 15 Men were diagnosed with ''radiation poisoning''. The ''Incident'' was deemed ''Classified'' and never investigated.....until 1960. Investigated as part of ''Project: Blue Book'' – those Soldiers that ''did'' survive The War (some died in other battles, others of their ''sickness'') – it was disclosed that perhaps the Objects were in reality Soviet constructed, secret Craft – using a form of ''death ray''. This fantastic technology was speculated then as being gleaned from captured Alien technology – ''back engineered'' by The Soviets and ''tested in Combat conditions''. In 1987, a Survivor finally ''came out'' and told His story of The Korean War ''Attack'' of 1951. Many disprove His story – citing documented findings of treatment for ''mental illness'' – His whole adult life. (or perhaps the long range effects of radiation poisoning as a result of His participation in what was possibly an ''Alien Attack'')........ 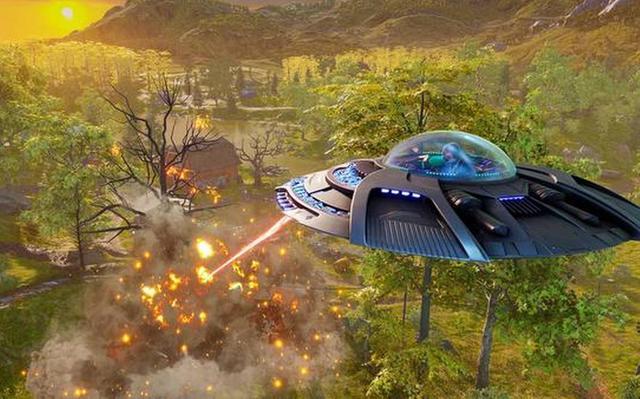