This unusual "Close Encounter" happened on April 24, 1964. Gary Wilcox was a then 27-year old Farmer in Upstate New York (US). He owned a 300 acre farm spread that he worked alone. On the morning in question, Wilcox was working at a secluded portion of his farm, when he noticed a strange, silver object near the treeline. Upon investigating, he saw a 20-foot long, 16-foot wide oblong object on the ground. The object appeared metal or aluminum. Wilcox stated that he noticed no rivets or seams. No noise could be heard. After several minutes of marvel, Wilcox saw several humanoid Beings exit the object. They wore a silver-like coverall outfit. The Beings spoke to Wilcox and supposedly gave him information regarding the future (especially about NASA - the American Space Agency). The Beings soon departed. Their Craft made no noise when in departed. Wilcox wad known as an honest man, not prone as an "attention seeker". 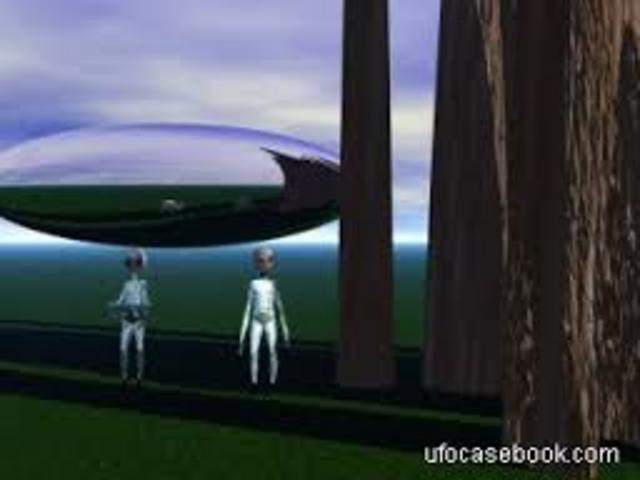