This unusual photograph was taken in March of 1974. Several witnesses in The Vosges Mountains (which border Eastern France with Germany), saw this excessively glowing ''Object'' hovering in the sky. A Doctor with a camera took a photo of the ''strange'' Craft. The Craft reputedly began to glow (with an Orange- colored light) with such intensity, that looking at it unaided (naked eyes), began to ''hurt''. Witnesses claim that (4) ''beams of White light began to extend from the bottom of the Craft'' (almost as if these were ''landing struts''). The White beams did not touch the ground. Remaining ''stationary'' for several minutes, the Craft began to rise up higher into the air. Soon, the ''glow'' was so bright that the Object lost all ''shape'' until it was but a ''dot'' in the sky resembling the nearby Stars in the sky. The photo was examined by Experts who claim that it appears genuine, and not tampered with. 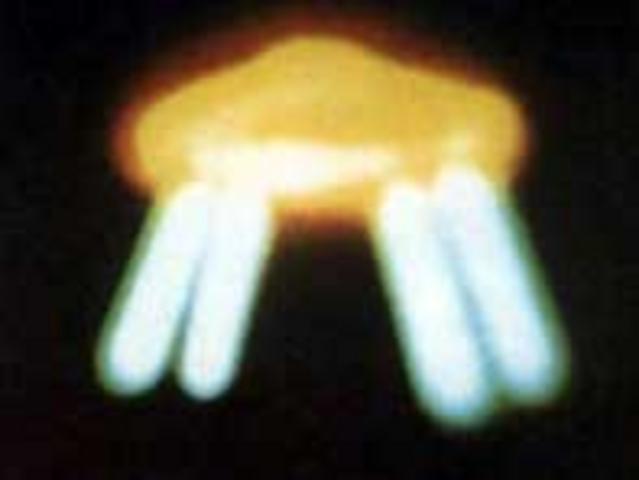