December of 1977 was a period of repeated ''encounters'' in Russia – especially in The Black Sea Region. Used heavily by the Former Soviet Union's Civilian Commerce Fleet (Fishing), the Crew of The ''Vasily Kiselev'' will always remember what they ''saw'', but were told they ''didn't''. Around 2am, the Vessel reported in it's Log – that is was enveloped by a ''Blue Light'' from underneath The Ship! Soon the entire Crew was awake and observing as this ''underwater light'' grew brighter and brighter. Suddenly, this ''Light'' moved with ''great speed'' to the Portside of the Ship, and ''exited the water, straight up into the night sky''. The Light was then identified as being a ''Flat, Disk-shaped Craft, with what appeared to be a central cabin on the top'', which hovered over the ''Kiselev'' for several minutes. Finally, The Craft took off at an ''incredible speed'' – straight up and out of sight. When The Ship went back to Port (Novy Georgy Island), the encounter was promptly reported. Soviet Government Officials ''interviewed'' The Crew and supposedly told them ''in no uncertain terms'' – that they ''saw nothing''. 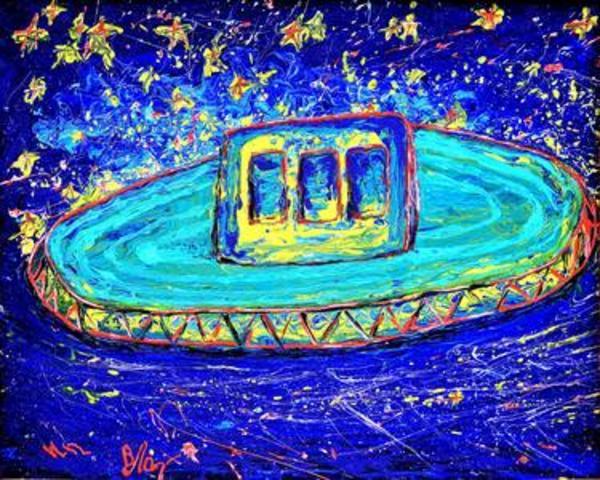