Seen by many Folklorists as being the very first example of an organized Activity regarding the unting of suspected practitioners of Witchcraft, the 15th Century AD ''The Valais Witch Trials'' were centered in Valais (Sion), which is now Switzerland. So prolific was Witchcraft it seems, that Government Officials established a year long, seated Inquisition to deal with the issue. Fairly ANYTHING could be used as ''proof'' or suspicion of Witchcraft. Obviously, such charges could also be used to ''remove'' a business or political rival – which caused much corruption during the so-called ''Witch Hunts''. It is thought that at least 700 persons were ''tried of Witchery'', with 200 of such being actually ''burnt at The Stake''. The Valais Trials would serve as the ''template'' for most future European Nations and Kingdoms who set up Their own Witch Trials. 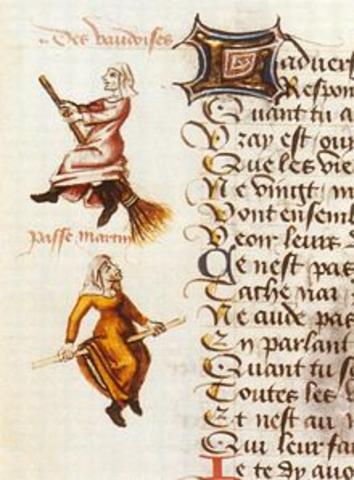