Val Johnson was a Deputy Sheriff in Marshall County, Minnesota in 1979. While on what he thought was a routine patrol on the night of August 27, was ANYTHING but routine. Johnson was on the road at around 2 A.M. - when he said a bright light suddenly engulfed his car. It was so bright that it hurt his eyes. Johnson said at the time of the pain , he passed out. Waking up some 40-minutes later (still in his Patrol Car), he noticed that his front window was cracked and broken. The top emergency lighting system on his roof was damaged as well (bent and broken). Johnson's eyes were burning and his vision was blurry. Going to the Hospital, Doctor's informed The Deputy that his eye retina's showed signs of being burned. The condition (they said) was similar to what some Welder's experience after years of exposure to the bright gas flames they work with (prior to regulations requiring safety visors). Johnson was asked to appear on a National News Show to discuss his encounter (which he did). After that appearance however, Johnson rarely talked about the matter. It was said in later years, Johnson agreed to being placed under hypnosis. The result of that session were never made public and Johnson will not relate it. He still has his original Police Patrol Car (still showing the damage). Johnson's credibility has NEVER been called into question. 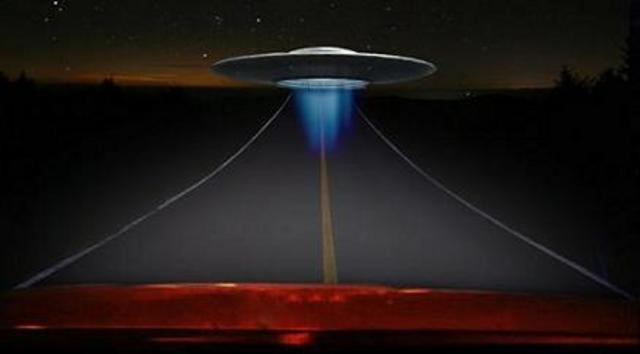