In Upstate New York State (America), a News Film Crew had been working on am assignment in 1988. During the initial set-up of equipment, the Crew noticed a ''large, Bar-Shaped Object'' of ''immense size'' slowly move thru the skies and into a position directly over their position. The Object was emitting a series of brightly colored lights – almost in a perceived ''pattern''. Amazed and a little scared, The Crew began to roll film. The Object gave them the distinct feeling that ''it'' wanted to ''communicate'' in some way (as was ''felt'' by some of the Crew). After a period of time, The Craft departed. The Crew all felt that they had definitive proof of final Alien Contact on film......but alias, when played back, the entire film was blacked out. It was later determined to have been subjected to intense electro-magnetic reactions. 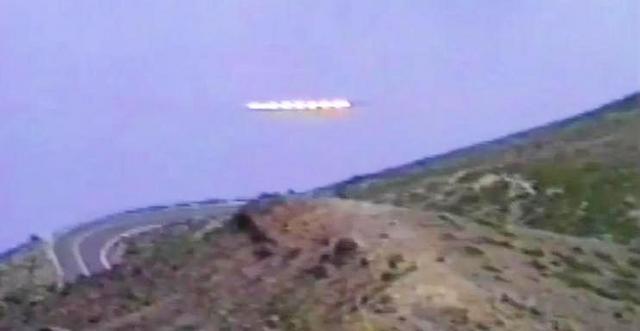