Seldom is actual physical evidence collected from UFO encounters (that are not explained on some level). The Ubatuba Fragment (named for a local Beach), is an artifact worthy of some merit . On September 14, 1957 in Sao Paulo, Brazil a local newspaper received a letter and several pieces of metal . According to the letter, the witness (and letter's Author), saw a large Disc-shaped Object explode in mid-air. The sound was barely HEARD. Even more interesting, small pieces of metal rained down from the sky for several minutes. The letters Author picked up some of the fragments and sent them to The Newspaper. When tested, the metal samples revealed that:

1. The metal fragments were pieces of the Element Magnesium.

2. The Element was too pure in chemical makeup (or rather, does NOT exist in such an unadulterated form on Earth).

3. No other Elements or traces of such were found.

The Author of the letter was NEVER found or identified. The exact location of the metal fragments (although photographed), have gone missing . 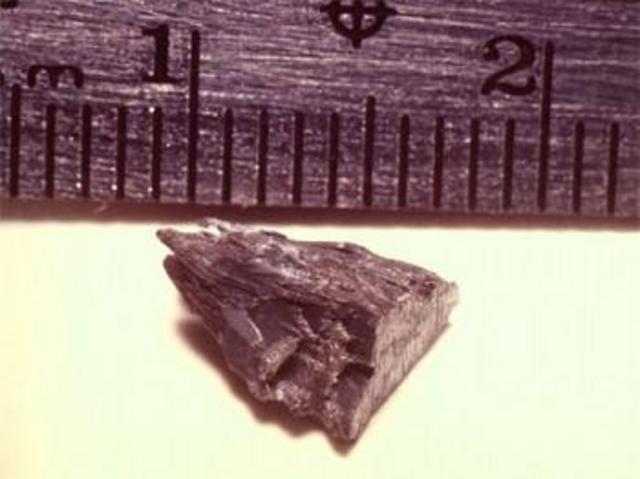