This Case took place in Transvaal, South Africa on March 30, 1995. Local Farmer Groot Marico, at around 8:30 A.M. - he was driving down the road outside of Town. Rounding the corner, he nearly collided with a large, Saucer-shaped Object. The Craft, was resting on 3 legs (Tripod) in the middle of the road. Marico was shocked. He stated he did not know what to think or do. He stated he noticed what appeared to be a hole on the front of the Object. It gave off a faint purplish glow . Exiting his truck, Marico stated he began to walk towards the Craft. After 5 steps, Marico found that he could NOT move his legs or feet. He described the sensation as being held by a magnet . Suddenly, the Object lifted up and it's legs went back inside . It began to rotate and with blinding speed - lifted straight up into the skies (and out of sight). No evidence was found. 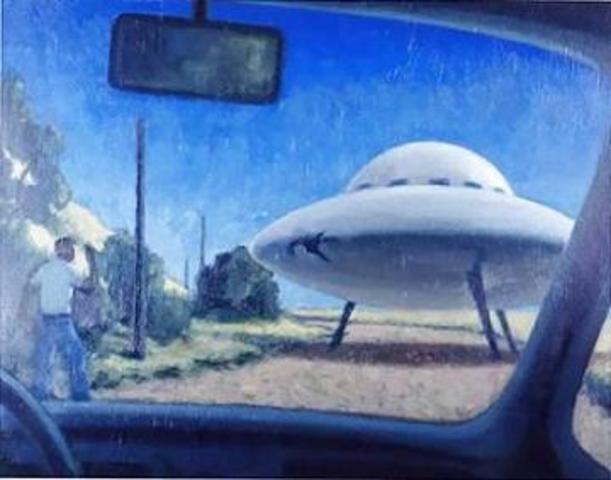