All know the names of Wilber and Orville Wright – better known as The Wright Brothers. The self-style Inventors crafted and flew (for a very short period of time), the first viable aircraft in 1903. And while ‘’experimental versions’’ began to quickly be manufactured by The Wright Brothers and others, by the year 1909, aviation technology was still – by and large non-existent. So when the name of one Mr. Wallace Tillinghast of Massachusetts comes into play, the following ‘’tale’’ can be taken as fabrication or fact. But regardless of which ‘’side’’ you take – ‘’something’’ was seen (often) and widely reported for 2 months in 1909 and 1910. Tillinghast was a self-made Businessman and Inventor. Most of His ‘’inventions’’ (or rumors thereof), were described as ‘’fantastical and futuristic’’. His education and abilities were somewhat mysterious. Those he employed, were quite ‘’tight lipped’’ and spoke to no one. Tillinghast’s ‘’workshops’’ were well hidden from prying eyes.

As accounts go, Tillinghast ‘’created’’ a large ‘’flying craft’’ which could easily achieve an altitude of 4,000-feet (something completely out of the Era’s technology). The ‘’craft’’ was described as a ‘’multi-winged vessel, with multiple reciprocating engines and twin, massive ‘’spotlights’’. Tillinghast allegedly ‘’flew’’ His Craft over New York many time, often terrorizing The City – who had no concept of ‘’what was’’ overhead. He even flew His vessel throughout Massachusetts, catching the eyes of a massive crowd one day – which included famed Horror Writer HP Lovecraft. But the ‘’spectacular lightshow’’ was, by His accounts – nothing more than ‘’The Planet Venus’’ (often mistaken for an ‘’Alien Craft’’ even today).

Tillinghast promised Newspapers locally to finally reveal His ‘’Wonder Ship’’, but at the last minute – He declined. Tillinghast would suddenly disappear from Public Life and NEVER BE SEEN AGAIN. No one who worked with Him would even acknowledge the existence of His ‘’Wonder Craft’’. By 1912, all of His ‘’workshops’’ were torn down and any evidence of The Tillinghast Craft – VANISHED. This led many to see the entire affair as a clever Hoax. But if so, what did the hundreds if not thousands of people in New York and Massachusetts see? Remember, 1909 was not all that far off from the previously discussed sightings throughout The World of the mysterious ‘’Scareships’’. Hoax or perhaps something else? 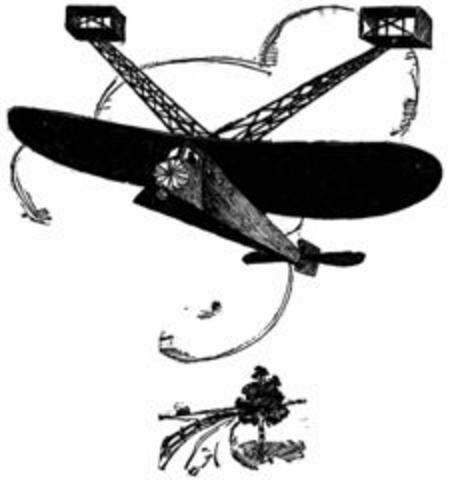