Another famous encounter with UFOs happened over the skies of Tehran, Iran on September 19, 1976. Iran (then an Independent Monarchy), was a staunch supporter and Ally of America in The Middle East. It's Ruler (Shah), made sure his Nation had a very robust Air Defense System to protect his Region. THAT apparently meant little to the Object which buzzed not only The City of Tehran, but it's International Airport AND Military Bases. At 12:30 A.M. - Iranian Air Control reported that they hack locked onto something incoming into their zone of control . Interceptors were launched. Authorities began to receive calls from all over the City of strange lights and Cylindrical-shaped Objects seen. The Fighters made visual contact and despite several attempts to force down the Object, they failed. Authorization was given to fire upon the Object. Several Jets attempted to launch their Air to Air Rockets. Both Fighters experienced systems failure with their weapons! The Fighters states that a smaller Object came out of the primary Object and landed in the nearby desert. Within minutes of overflight of this Craft, it took off and returned to it's Mothership . They Craft then sped off at an incredible rate of speed. The Case was examined in great detail by America's CIA. No logical explanation could be offered. Radar Telemetry showed something . Unfortunately, any evidence of the incident was probably lost when Iran's Government fell to Radicals. We will perhaps NEVER know. 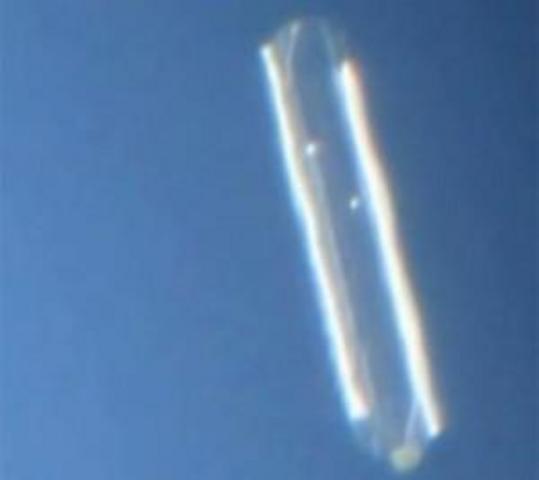