This May of 1950 Sighting was one of the first time that a Commercial Pilot reported a close contact (officially) with an unknown flying object . It occurred over Mount Vernon, Maryland. American Airlines Captain Willis Sperry was flying a Commercial DC-6 to Nashville, Tennessee (US). The plane was traveling at a ceiling of 20,000 feet. Sperry's C0-Pilot reported a strange Bluish or Purple light closing in on their right side with extreme speed . The Object was on a collision course with the plane! Taking evasive action, the DC-6 narrowly escaped being hit, as the glowing object sped by the front of the aircraft. Sperry stated that he could barely see through the brightness , but that the Object appeared cylindrical in shape and had no wings . Sperry had served in The US Army Air Corps. (as a Pilot). He stated that it did not look like (nor behave like), any known rocket or anti-aircraft missile he had ever encountered. Sperry continued safely on his flight plan to his destination. He reported the encounter to Federal Authorities (despite facing possible ridicule). Later in life, Sperry recounted his encounter to many Newspapers and Television Stations. Around this time however, American Airlines (and The Government) discounted his sighting. 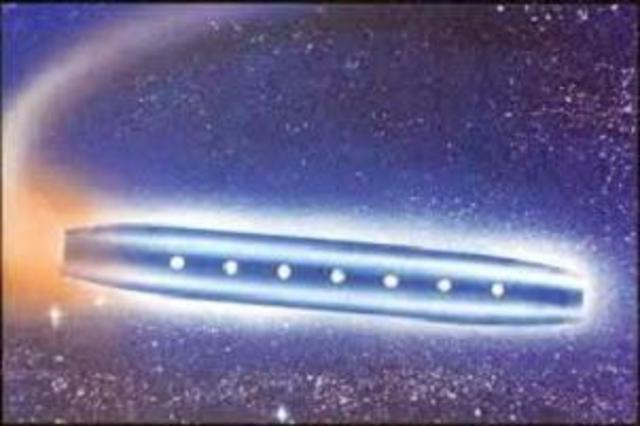