Most people outside of Australia may never have heard of Mr. Alexander Pearce. Born in Irland in 1790, He was of ‘’poor stock’’ and was caught ‘’stealing shoes’’. Owing to the stiff punishments for even the smallest of infractions in ‘’those days’’, Pearce was sent off to The Penal Colony in Australia. Mostly hard labor with every chance of dying as a result, He escaped. Later captured, Pearce would make a career out of Escaping. On His third attempt, He was aided by (3) other Convicts. And in this, Pearce’s real story begins. Having to avoid anyone They came across, The Convicts soon began to starve. They decided to ‘’draw lots’’ on which would ‘’sacrifice’’ Themselves to ‘’be eaten’’. When the first died of exhaustion, the choice was made. According to Pearce, ALL of the Men ‘’participated’’. This ‘’last Man standing’’ mentality would continue until Pearce was eventually caught again. Only this time, when searched by Police – They found ‘’body parts’’ wrapped and ‘’ready for consumption’’. The Police did not believe Pearce’s Tale of all His Associates ‘’dying’’ of snake bite, drowning or starvation. Pearce was seen as an opportunistic ‘’Cannibal’’. Tried for this ‘’unnatural Act’’ in 1824, Alexander Pearce was sentenced to Death by Hanging, followed by the dreaded ‘’Dissection’’. Both were done. However, The ‘’attending Physician’’ kept a trophy of His Case. He cut off Pearce’s Head and denuded it. Later, The Doctor sold it to a visiting American Physician, keen on the study of Criminals and their Skulls (a real ‘’Science’’ then). Pearce ‘’traveled’’ to Pennsylvania (US) and would eventually become part of a Medical Museum. After several modern Films were made concerning the Life of Australia’s favorite ‘’Cannibal’’, Pearce’s Skull was tracked down. A formal request by The Australian Government was made for the return of The Skull. The Case is still pending. 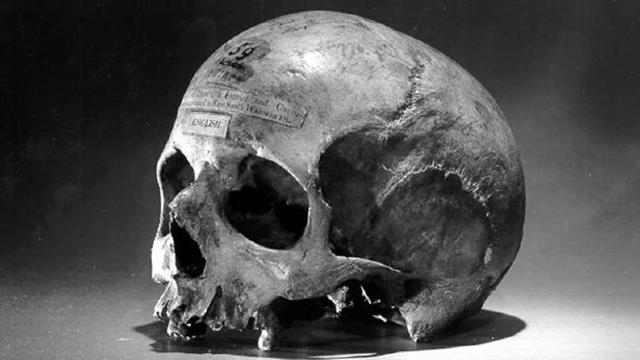