This photograph, while decried as a Hoax by some was taken by a British Tourist to The ''Eternal City'', Rome (Italy) in 1967. The photo was supposed to feature the famed and iconic Forum. When taken with a basic camera, the Tourist had no idea that He had ''captured'' the ''Otherworldly'' Object. Only when the film was developed, was it found. The Object us seen as a ''Disc-Shaped'' Object with a slight ''dome'' or attached top. It could not have been any known aircraft of the day. More importantly, if faked it shows no signs of ''then'' adulteration of the film (hanging Object, pasted image etc.) 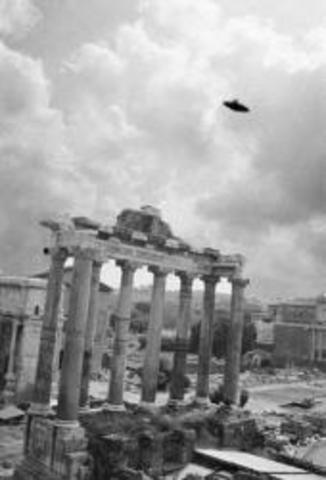