Discovered in 1785, near Hampshire, England – The ''Ring of Silvianus'' is a 4th Century AD golden finger ring, possibly owned by a Roman Official (named ‘’Silvianus’’) stationed in Britain. The inscribed ring alludes to an early Christian religious following. However, when found and coming into the possession of The Chute Family – all manner of misfortune and calamity began. As such, many think the Ring is cursed. Suicide, mysterious deaths, etc. had befallen The Chutes. If so hexed, no one is quite sure as ‘’how’’ or ‘’why’’ it’s original Owner Silvianus managed to do become so unfortunate as to have a ‘’cursed ring’’. So popular was this early version of an Urban Legend – that some think the story may have influenced JRR Tolkein, who wrote The Hobbit Saga (1937). The ‘’Golden Ring’’ much coveted by His characters is thought to reference The Silvianus Ring. Currently ‘’secured’’ under glass (and no longer owned by any Chutes), The Ring is displayed at the Vyne House (Museum) in Hampshire, England. 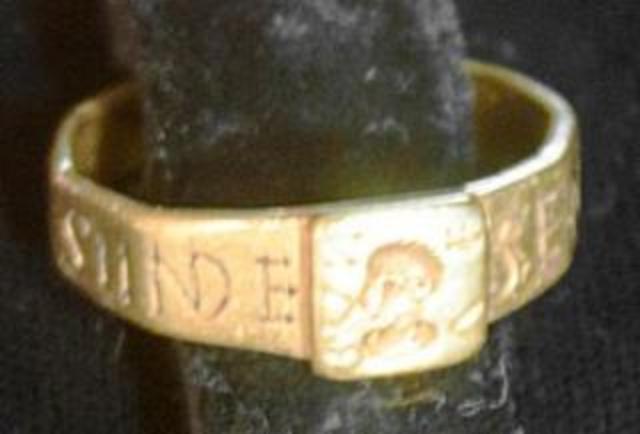