Prospect, Kentucky it seems was a popular ''stop'' for ''Alien Life'' in 1977. Of all the reports of strange ''Alien Species'' encountered, ''These'' particular Entities indeed are the strangest. A Resident of The Town was driving back late one night (early morning), from a fishing trip. As He drove down the deserted road, He noticed a ''Triangular Shaped'' Object (with flashing lights) ''Hovering over His Car'' The Craft seemed to ''match His vehicle speed'' as He drove. After several minutes, The Man claimed that He ''lost all perspective''. After what seemed only minutes, He awoke – still in His vehicle – but parked off the road. He glanced down at His watch and found He had ''2-hours'' of ''unaccounted for time''. Feeling bothered by the experience, He sought Medical help – which led Him to a Hypnotherapist. Under regressed conditions, The Man relayed that He was ''taken onto'' The Hovering Craft. He did not feel threatened nor was He harmed. He ''met'' the Occupants, who (he described) were like ''large pieces of flattened concrete''. Various ''symbols and figures were etched into Them''. The Entities had several ''long black tentacle-type extensions, which protruded from the ''slabs''. When They ''touched Him'', it felt ''icy cold, almost frozen''. The next thing The Man knew – He had awoken in His car at the side of The Road. Delusion, Fantasy or SOMETHING ELSE? 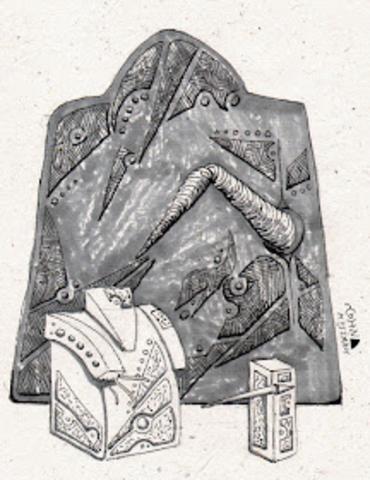