Taken in May of 1998 – in the skies of Port Alberni, British Columbia, Canada, two witnesses were enjoying the early Summer clear skies and warm weather. The two noted what appeared to be at least (15) ''Large, Dark Spheres'' floating (hovering) in some sort of Formation. The Objects did not glow, but remained motionless roughly 1,500-feet in the air. The Objects made no sound, and were not a form of Drone or Helicopter. The witnesses were able to take a photograph of The Objects. After several minutes, The Object ''slowly'' moved off to The North and out of visual range. To this day, no explanation has come forth as to just ''what'' they saw. 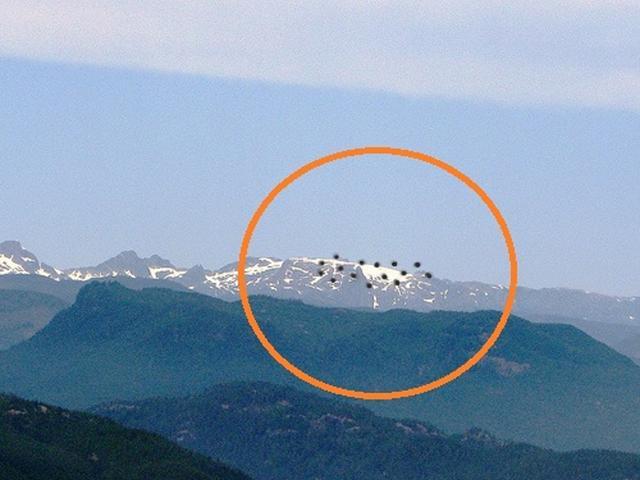