This incident happened on October 6, 1996 in the skies over Pelotas, Brazil. Private Pilot Haroldo Westendorf was flying his small aircraft when he suddenly encountered what he described as a huge, Pyramid-Shaped Object hovering around 5,000 feet. It was around 10:30 a.m. The Object had no lights visible. Westendorf radioed Air Control for confirmation. They indeed confirmed an Object near his craft. Flying closer, he noticed that the top portion of the Craft opened. Suddenly several large Disc-shaped Objects slowly floated out! The Object flew away at great speed . Westendorf next reported the larger Object began to slowing rotate (going faster and faster with each passing minute). In an instant the Object accelerated into the sky (space). This action created such turbulence, that Westendorf had difficulty maintaining his controls. Landing later, he reported his encounter to Authorities. Nothing came of it. (What Do You Think.....Mothership? ) 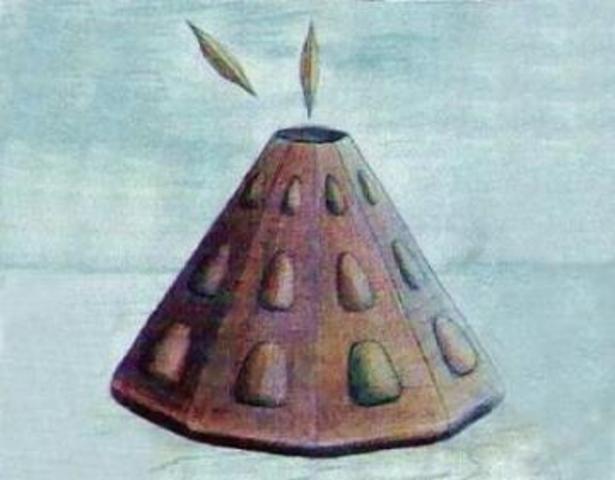