The appearance of ''Black Triangles'' have become a common aerial phenomenon ''report'' in the late 20th and early 21st Centuries. Nearly ''everywhere'' in The World – someone has had at least one ''encounter''. The ''Craft'' display ''other than Terrestrial'' abilities with regards to flight. One such was reported near The Town of Patricia, West Texas (US) on August 10th 2011. A Water Hauling Company Driver was working His route on the night in question. Fairly dark by His account, The Driver stated He was standing on top of His Rig's Storage Unit, securing ports – when toughly 2,000 feet above Him, a ''Large Black Triangle'' suddenly appeared. The Object simply hovered over The Truck. The Craft featured (3) Large ''Whitish-Blue'' Lights – located on each ''point'' of The Triangle. The Driver also noticed a single ''Red, dim Light'' located in the very center ''under The Craft''. The Driver stared in disbelief for several minutes. In ''true form'' – The Triangle began to slowly move off to some distance West. Then, without a sound – The Craft ''winked out of sight''. 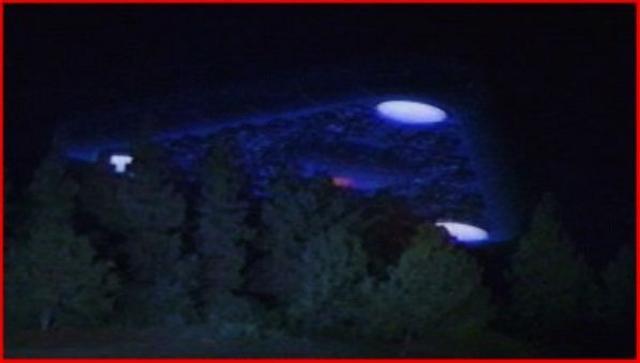