Warner Brothers Studios 1976 ''start'' to a long running Horror Franchise, ''The Omen'' was a attempt to reinvent the ''Devil'' and ''Demonic Possession'' take first put forth with ''The Exorcist'' in 1973. The series was very successful with audiences and spawned (3) direct sequels, a 2006 Remake and two (unsuccessful) American Television series (the last in 2016). The original Plot deals with Satan having His direct Heir born into a wealthy and politically connected Family, with the ultimate goal of bringing about The Apocalypse – as foretold in The Western Bible. His ''Child'', named ''Damien'' – will grown to manhood and come close to achieving ''Daddy's'' goals (only to be smited by a ''Resurrected'' Jesus). A 2006 Remake more or less followed the original 1976 Fan favorite, but with no additional sequels. By and large a good series, still watch the Original – which holds up well despite being released in 1976! 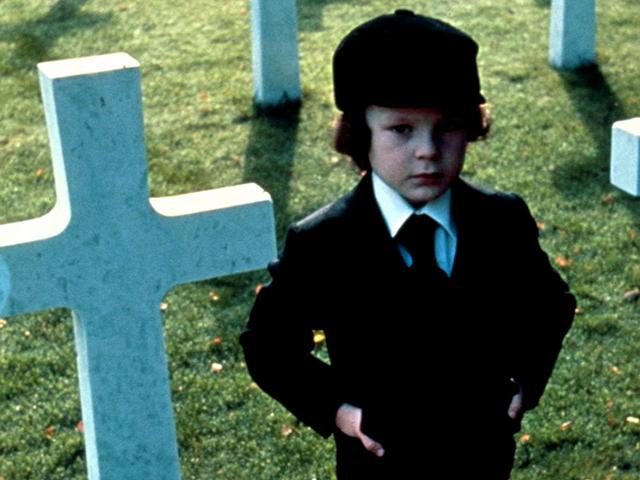