The remote East Siberian Village of Otradnenskoye, reported to Authorities in December of 2011, a strange occurrence. For several days the people in the Region heard and saw strange lights and noises in the sky. On the last day of the odd phenomenon, a bright light was seen over the nearby woods. A "sound" like crashing trees were heard. In January 2012, Authorities finally arrived to investigate. Here the mystery begins. Russian Troops removed a large, oval- shaped Object that they claimed was a recovered "satellite". A local News Team also filmed the Objects recovered. The strange Object was checkered on the bottom and rounded smooth on the top. In addition, a "U"-shaped extension with an oval bell like protrusion wad also recovered. There was no evidence of scoring or burns on the Object, which was only minorly damaged. Claim a recovered satellite, the story changed again. Now, the Object was not "from Space". NO other information as to "what it was" has ever been given, with some Officials having no knowledge of the Object or it's disposition. 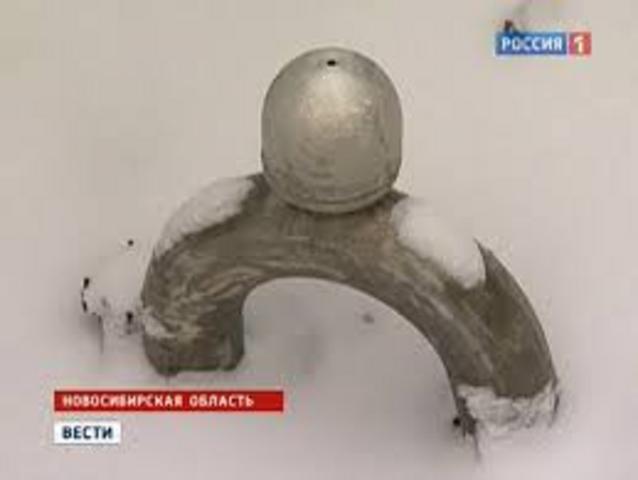