A hotly debated series of UFO Photographs, the so-called photos of The Nashville Saucer, are extremely detailed and clear. Taken with an "early" Digital camera, their "history" is like wise shrouded in mystery. The location of the Encounter was in the night skies over the suburbs of The City of Nashville, Tennessee (US). "Owned" by an alleged US Naval Commander, "he" stated that the series of pictures "came" from a "friend" in The US Intelligence Community. The pictures were dated to September 27, 1989. Their exposure to the Public in the mid-1990s, this story is equally unusual. The Commander had an Associate who worked in Independent Films, and was joking on how he had to "create" a UFO for a pending film. The Commander volunteered the series of photographs to be used as "inspiration". Thoroughly examined (including negatives), to date, no one can explain how the pictures were faked (if in fact they were). The Craft is "saucer-shaped", and is "glowing", in a soft White coloring. The Object's underbelly glows on a Reddish-orange hue. Most startling, is the "apparent" light "beams" which appear to be "stabilizing" The Craft. The Commander never mentioned the duration of the Encounter. Many feel that it was a ''authorized landing", filmed by The US Government. The photos are still debated to this day. 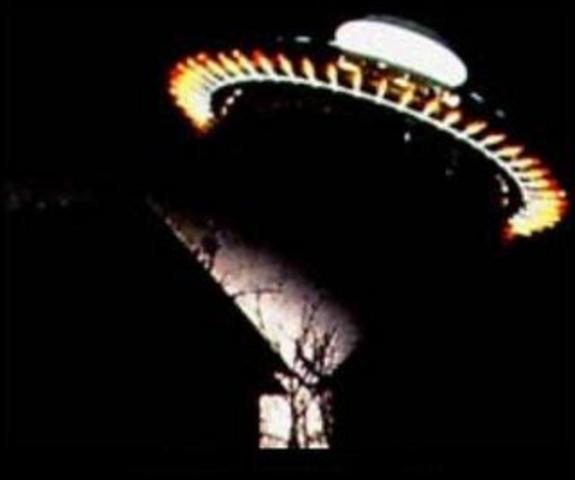