On February 7, 2008 a Group of friends were watching Monday Night Football at their house located in the Northern California Town of Murrieta, California. Well after the Game (2:25 AM), the friends continued with their celebrations, when they heard the neighbors two dogs barking frantically (as if they were being hurt). The group ran outside to investigate. They all said they immediately heard a low, humming noise growing louder by the minute . They next experienced a vibration felt in the very air around them. Suddenly, they were enveloped in a white light - coming from directly above them. Fighting to see through the glare, the groups saw what appeared to be a Square or possibly Rectangular Object , gliding over them in the air. The rear of the Object appeared to consist of multiple exhaust lights . Shocked and in awe, one of the group went inside to quickly retrieve a camera. They took several shots of the Object. The Craft inverted it's position in the sky and simply went black . The group reported the sighting to MUFON (a private Clearing House for UFO Research and Reports). 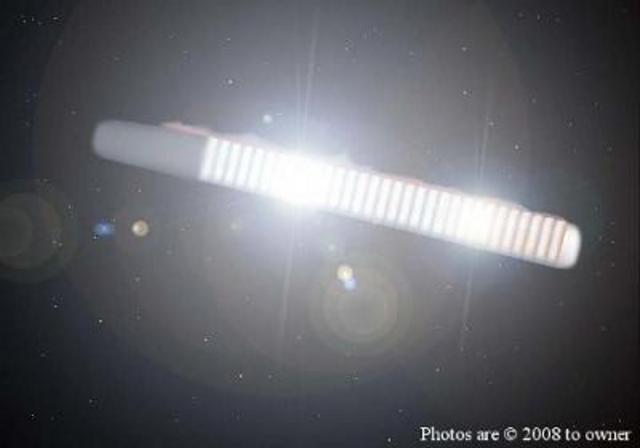