For Many decades now, a ''Legend'' has arose from several ''unconfirmed sources'', about an Ultra Top Secret USAF Project known as ''Astra''. This ''Device'' is reputedly a ''Back Engineered'' Flying Craft. By this is meant, that at some undisclosed point (year), The US Military ''recovered'' a ''crashed'' (downed) Unidentified Flying Object and had begun to examine and duplicate it's advanced technology. The long running examination and resulting experiments became known as ''Astra''. It;s ''Goverment Identifier'' was ''TR-3B''. This Craft, classified as one of the infamous ''Flying Triangles'' of many years sightings throughout The World, uses a compressed Mercury Plasma keep in a ''spinning motion'' state. This generates an estimated 50,000-mph, produced by ''Anti-Gravity'' propulsion. Some also speculate that The TR-3B was also related in part, to Secret World War II Nazi Germany and their attempts to create a ''Flying Disc'' or The ''Haunebu'' Class of speculated ''Flying Discs'' (with information captured by American after The War). As stated, The ''Astra Project'', was originally ''seen'' as a means of promoting ''true'' Space Travel, not only back to The Moon, but to The Planet Mars. If In Fact, It Does Exist........ 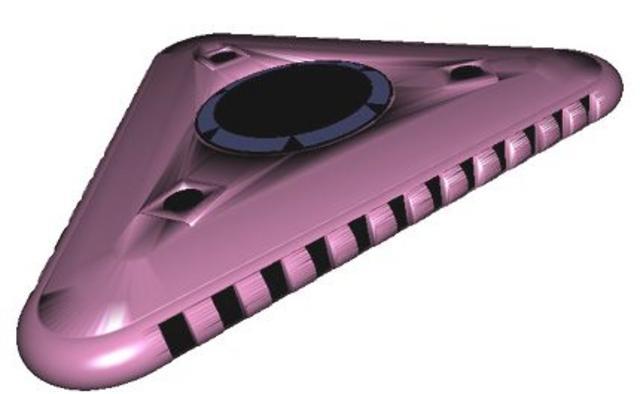